The first episodic series launched on the blockchain 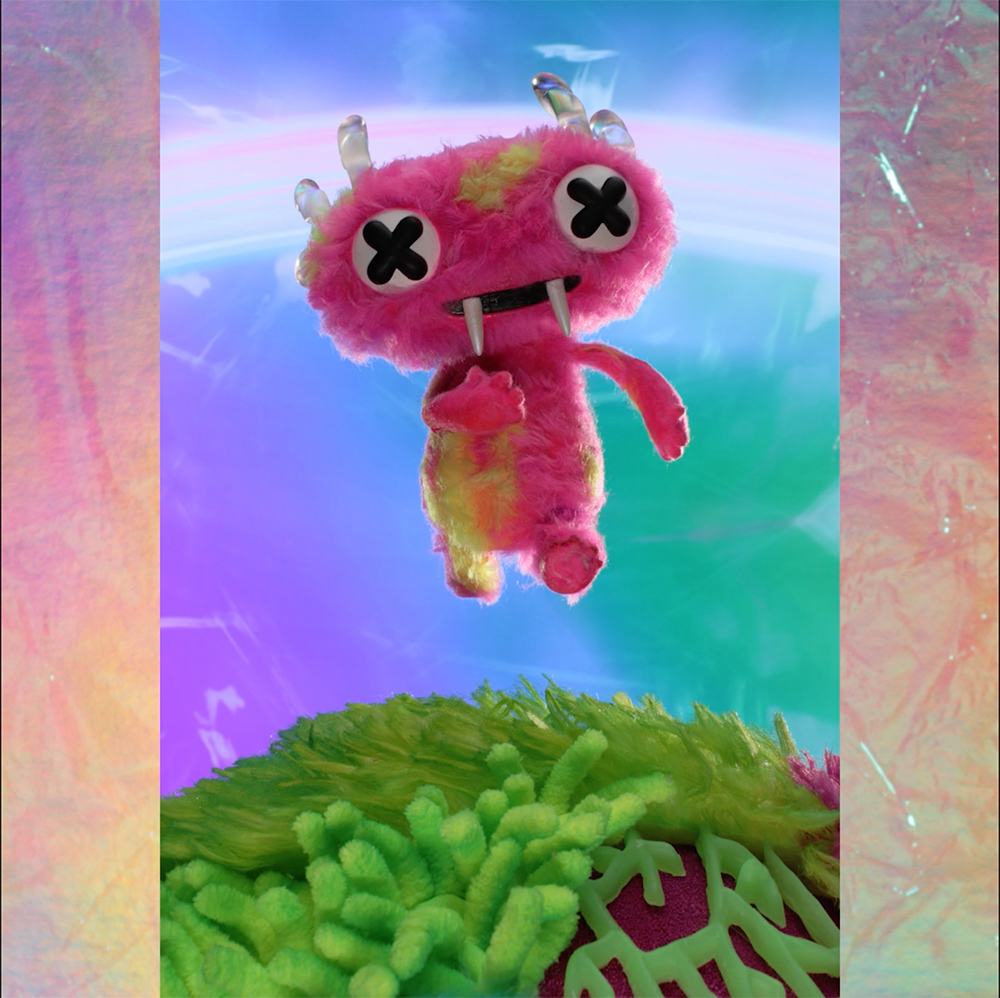 Steve Aoki & Stoopid Buddy Stoodios present “Dominion X,” the first episodic series to launch on the block chain. The debut NFT is a 21st century stop motion animated short that introduces us to the world of Character X, first seen in Steve Aoki’s debut NFT drop Dream Catcher (with Antoni Tudisco). Unbeknownst to Character X are Chonk & Swole, the unlikely diminutive duo who exist literally below Character X’s feet as what can only be described as a hilariously vindictive Tokyo to Character X’s happy-go-lucky Godzilla.

This debut short along with associated assets will be minted on the block chain one time only, allowing fans to participate in not only the creation of a new IP concept, but also in an added layer of collecting, community, gamification and utility as the project develops both through traditional distribution (TV, streaming, etc) as well as unique NFT opportunities ONLY available to participants in this first drop.

Minted from a custom smart contract via Manifold with unique interactive qualities directly within the NFT thanks to Ether Cards, this launch will take place on August 2nd exclusively via Nifty Gateway.

Welcome to the dream-like world within a world of Character X, Chonk, and Swole. In the premiere short, the blissfully unaware Character X is pitted against the microscopic inhabitants below his feet — ninja farmers Chonk and Swole. Will our diminutive heroes stand a chance against the power of Character X, or will their dreams of a peaceful life on the farm be crushed forever?

Character X stands proudly atop his own personal universe. The world beneath him harbors more than meets the eye.

Character X blissfully skips around his world. A stumble can’t keep his spirits down!

Chonk n’ Swole battle impatience as they search for a greater purpose.

It Came From Above

Should you stretch yourself too thin by chasing the shiny object, you may never realize your dream.

Love Me / Love Me Not

Character X is caught in an endless love / hate relationship with his alter-ego.

Gravity is a constant threat. More for Chonk, less for Swole.

You may not agree with what you see in the mirror. Embrace it and enjoy the ride aboard your personal vessel.

The microscopic world of Chonk n’ Swole is on a collision course with the blissfully unaware Character X.

HOW DOES THE AUCTION WORK? 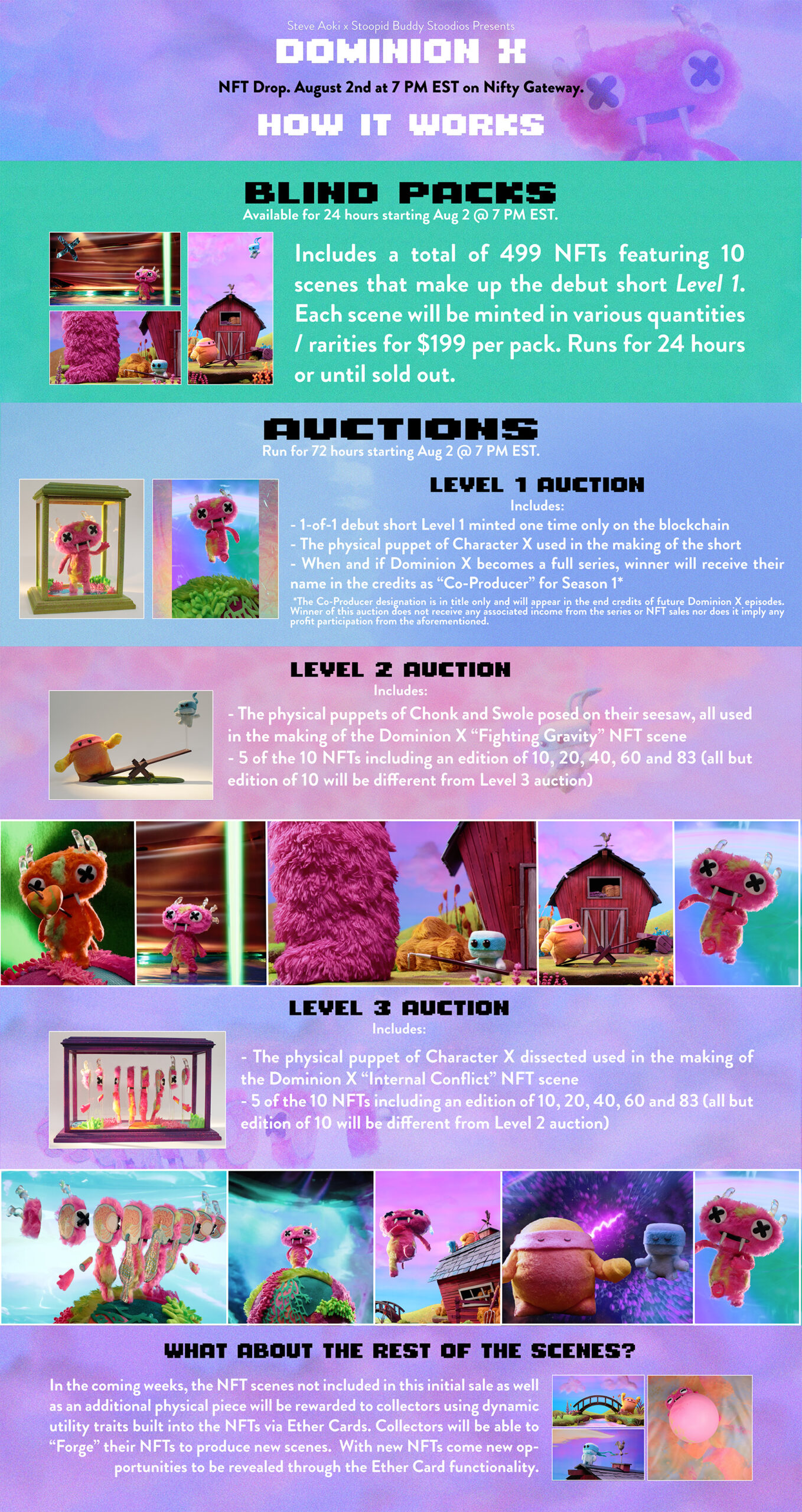 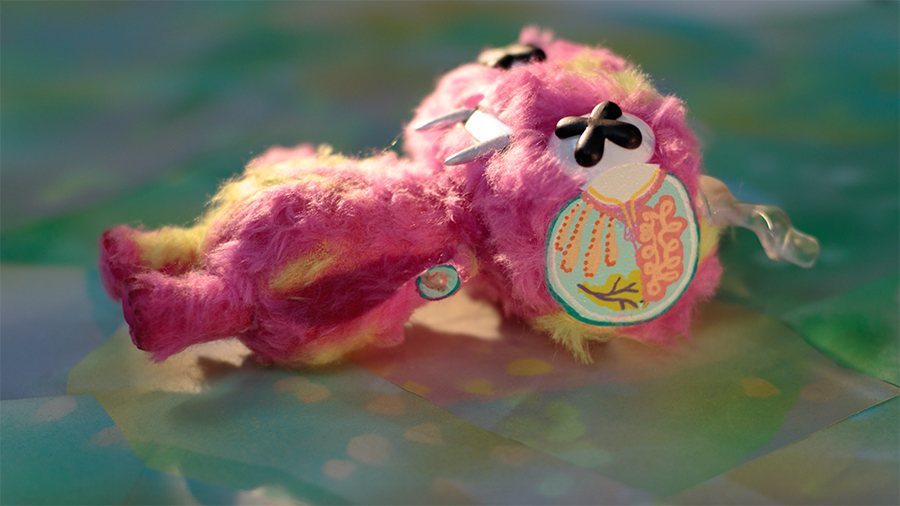 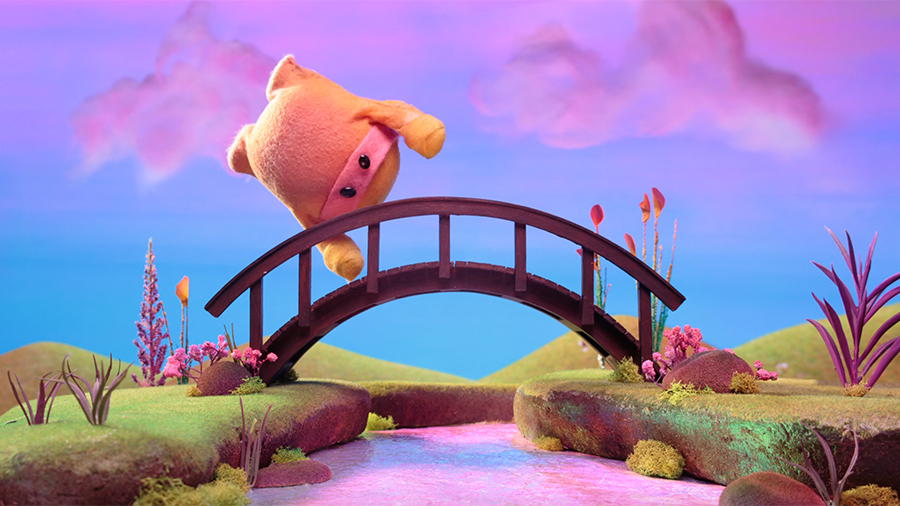 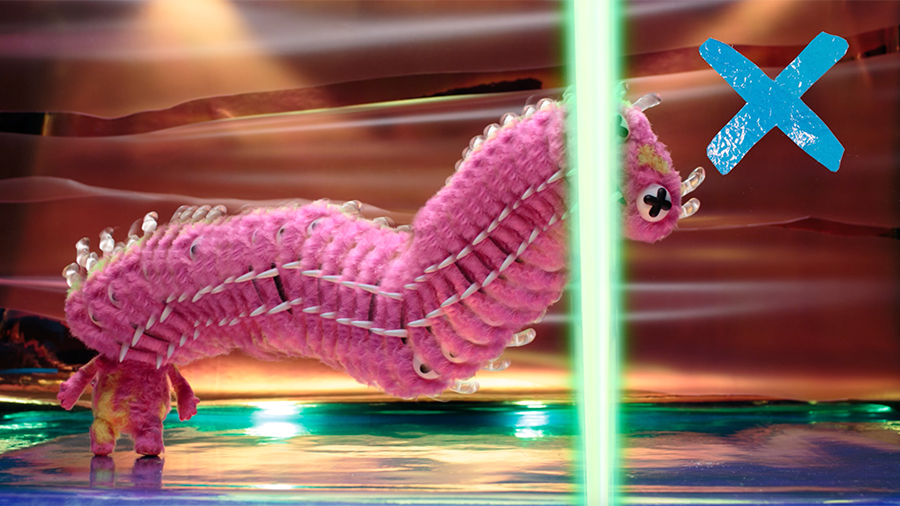 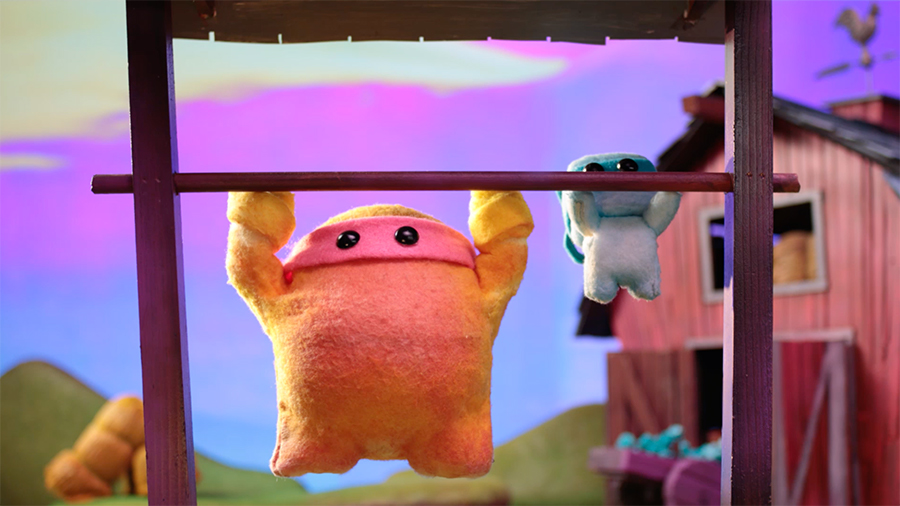 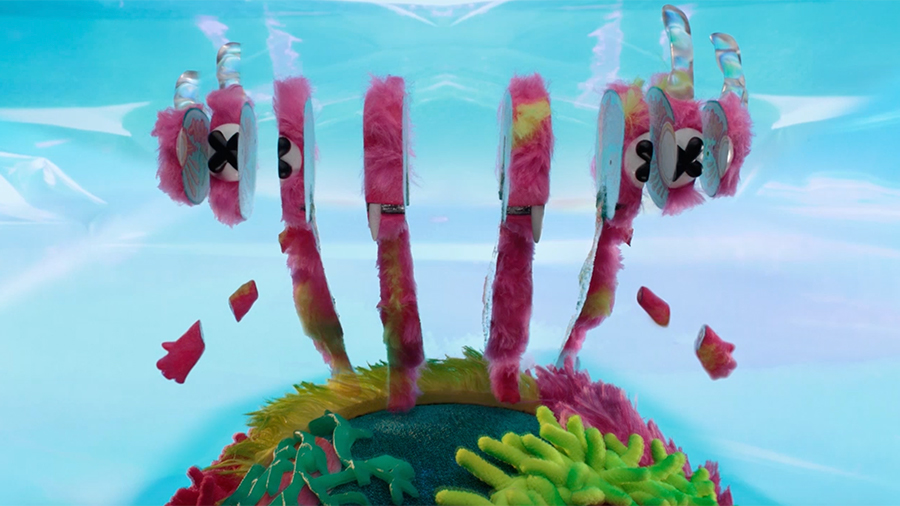 35 team members worked for 10 weeks to create Dominion X. Using Character X — from the mind of Steve Aoki — the team meticulously animated the debut short using stop-motion techniques. From the textures, colors, & materials used to craft the puppets & sets, to the poured resin capturing specific moments in the puppets’ journey, the team at Stoopid Buddy Stoodios worked together to handcraft the short & associated vignettes in sleek NEON-RETRO-MATION. 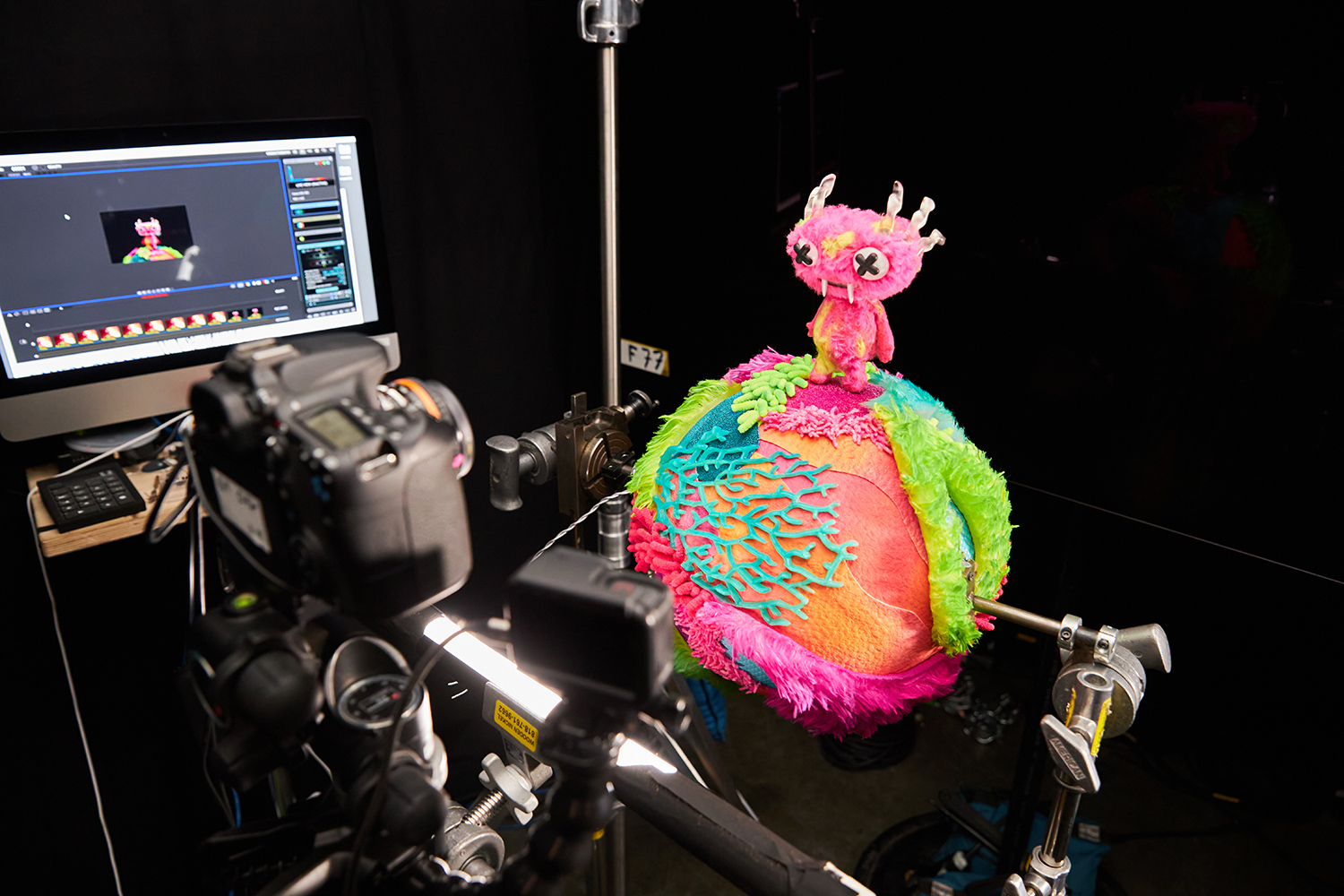 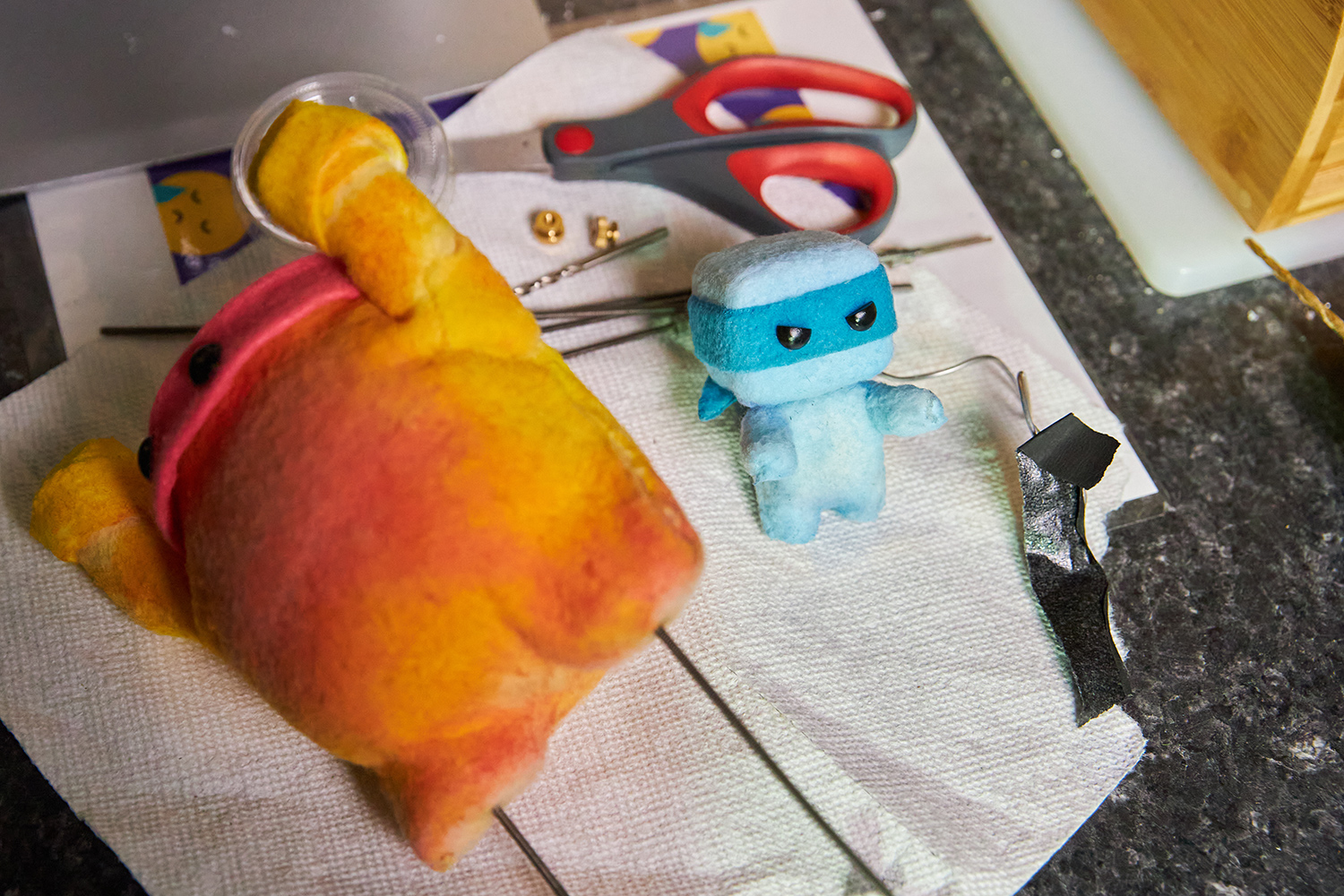 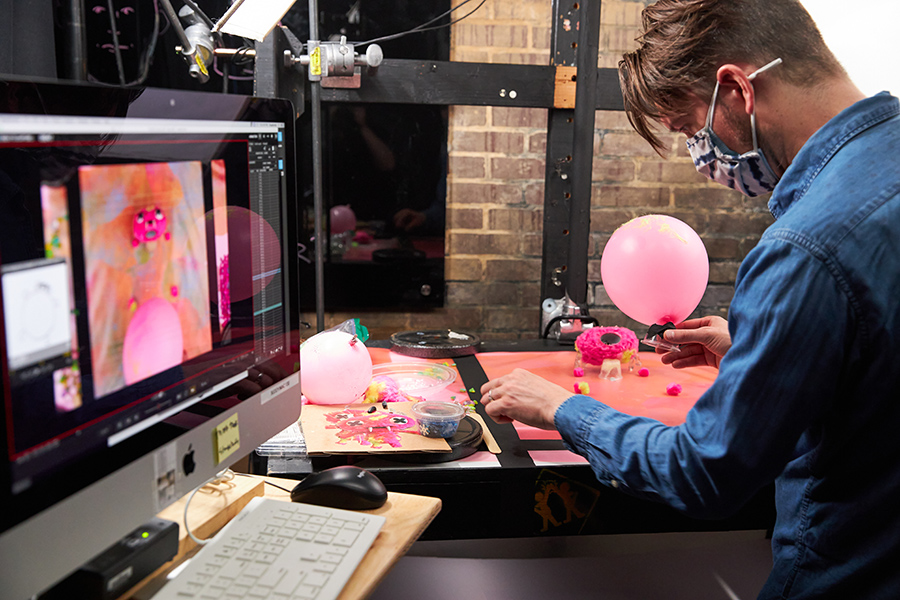 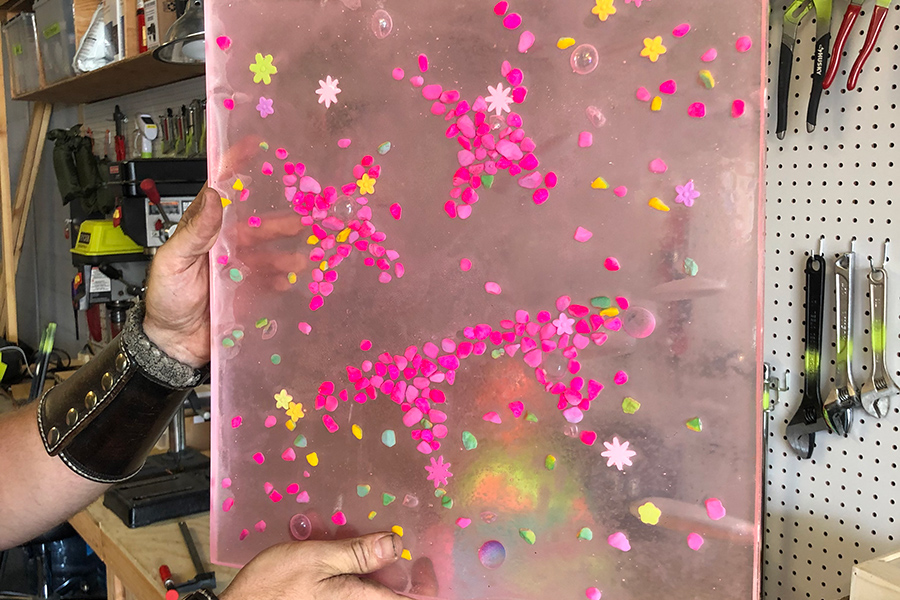 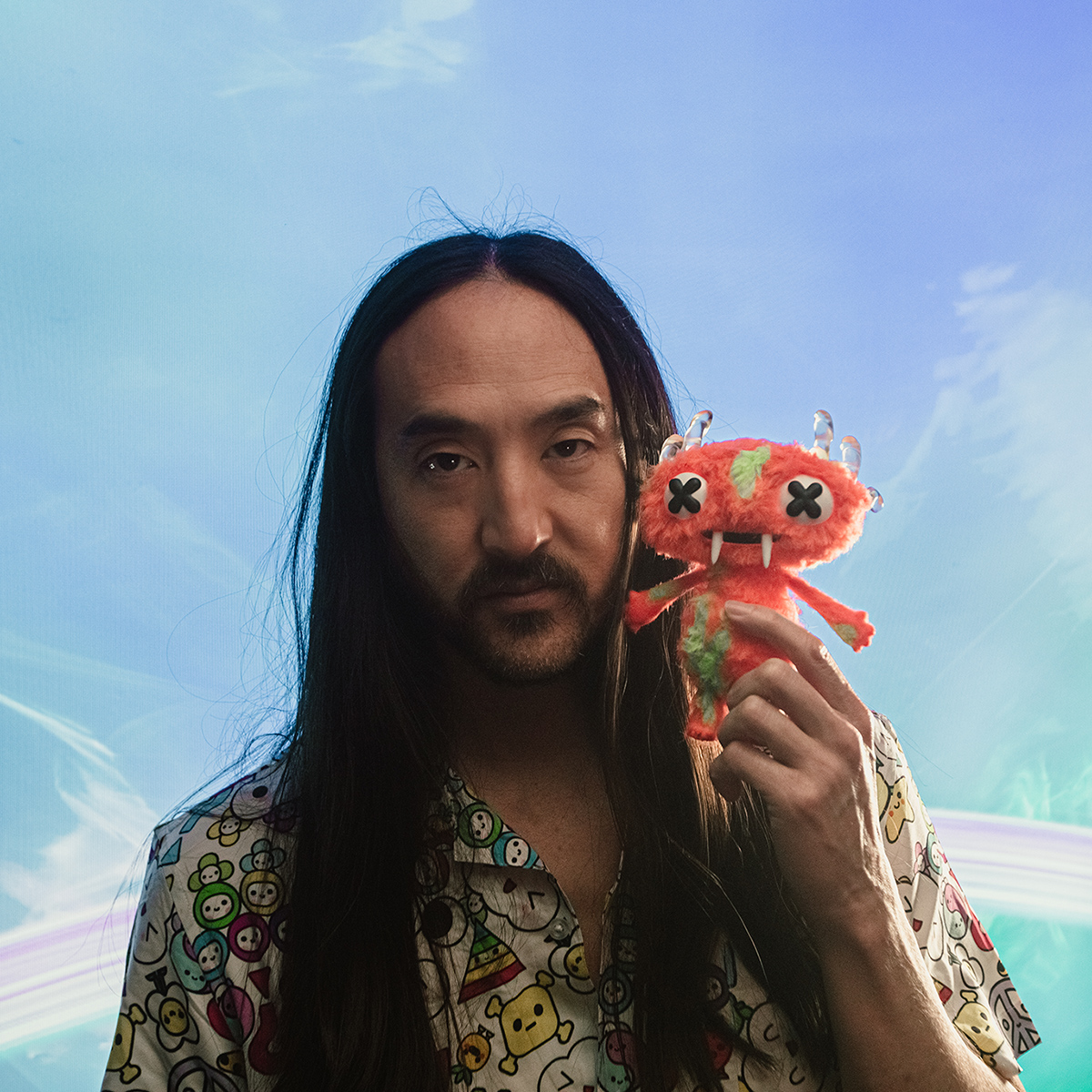 Counting nearly 3 billion music streams to his name, Steve Aoki is a true visionary. As a solo artist, Aoki boasts a lauded cross-genre discography that includes 7 studio albums and collaborations with Lil Uzi Vert, Maluma, BTS, Linkin Park and Louis Tomlinson amongst others. In 1996, he established Dim Mak out of his college dorm room, a trendsetting record label, events/lifestyle company and apparel brand. It has served as a launch pad for global acts like The Chainsmokers, Bloc Party, The Bloody Beetroots, and The Kills, in addition to being the home of early releases from acts such as ZEDD and Diplo.

A true renaissance man, Steve Aoki is also a fashion designer, author and entrepreneur. In 2012, he founded THE AOKI FOUNDATION, which primarily supports organizations in the field of brain science research with a specific focus on regenerative medicine and brain preservation. Aoki’s multi-faceted journey is chronicled through the Grammy-nominated Netflix documentary I’ll Sleep When I’m Dead (2016) and his memoir BLUE: The Color of Noise(2019). In the summer of 2020, Aoki unveiled his Latin music imprint, Dim Mak En Fuego, continuing to break down musical and cultural boundaries ‘by any means necessary.’

Stoopid Buddy Stoodios is an artist-friendly collective that houses some of the finest talent in all of animation and live-action, showcasing a knack for creating unique visuals and telling character driven stories with an uncanny sensibility. Stoopid Buddy Stoodios is home to the longest running stop-motion show on television, the Emmy Award- winning Robot Chicken, as well as the Emmy Award-nominated SuperMansion with Bryan Cranston. The studio recently wrapped production on Marvel’s M.O.D.O.K., which is now streaming on Hulu, and is currently in production on season 2 of Crossing Swords, and a new half-hour, stop-motion, animated baby doll series titled Ultra City Smiths, both of which are set to premiere this year. They are currently working on their 5th season of creating masks for The Masked Singer as well. Stoopid Buddy Stoodios’ multiple-building campus and state-of-the-art facility located in Burbank, makes it one of the largest studios specializing in live-action, puppetry, stop-motion, 2D and CG animation in California. The company’s work covers the entertainment gamut, ranging from charming hand-crafted animation all the way to high-end live-action feature films. 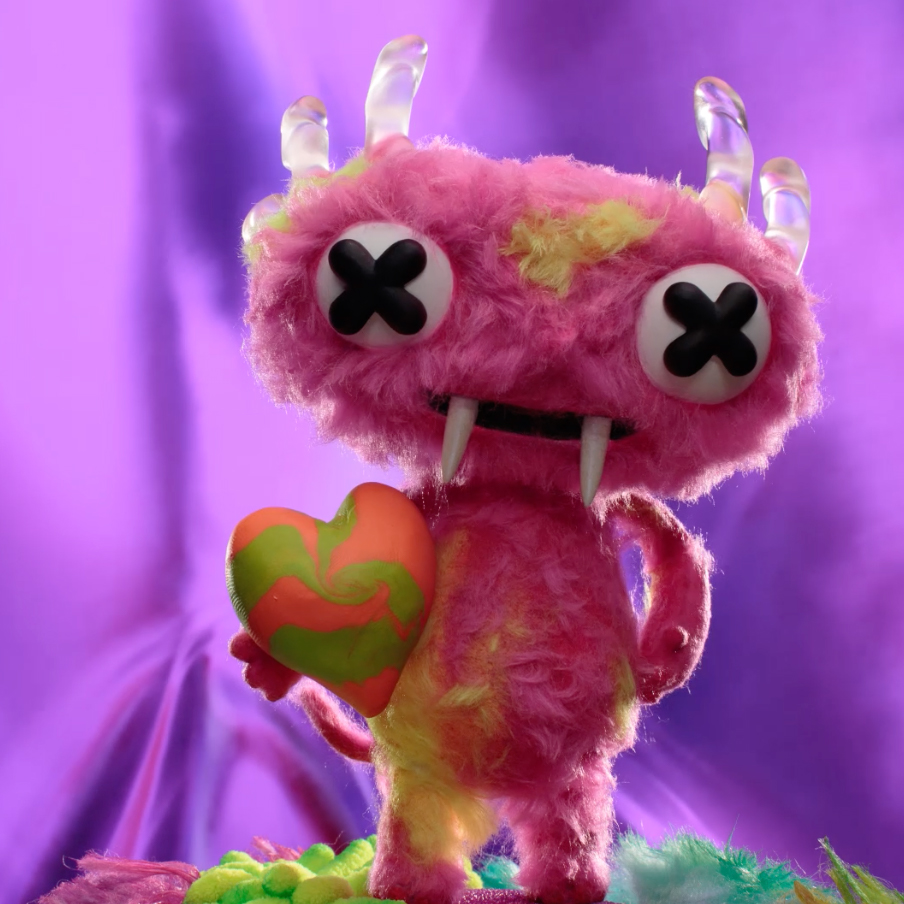 Ether Cards is an NFT gamification and monetization framework that connects real-world utility with the digital space. This framework allows talent, celebrities, and projects to connect with their communities in engaging and unique methods, while simultaneously unlocking new monetization channels. The team behind Ether Cards consists of industry veterans and experts throughout the blockchain sector. With more than 50 years of combined experience behind them, they have supported some of the biggest names in the industry, including the Ethereum Foundation and Consensys. To learn more, visit ether.cards, find out about more exciting announcements on the Ether Cards blog, and follow @ether_cards on Twitter.

Manifold is an NFT product company and developer of Manifold Creator, a creator-owned minting contract for the decentralized creator economy.